Never would I thought this problem would hit me so soon (Okok..I've got to admit old already) but I guessed reality really bites. Since young, I was never a skinny person to begin with but was never fat or obese either. I can safely say I fit well in the normal category for my height all these years.

I can't really remember my weight or BMI (body mass index) during primary school but in high school I think my weight was within the range of 50-60 kg and after that between 60-65 kg during university life and the peak was at 66 kg during that period. My BMI was also within the normal range between 20-23 kg/m2. Right after graduating, my weight was still maintaining < 70 kg but after working for one year it was topping at 72 kg. My waistline had also been increasing steadily from < 30 inches to 32 inches.

I was never a workout freak nor do I have the tendency to work out aggressively - pumping iron to bulk up or whatsoever. Diet was never an issue either as I used to eat whatever I liked in HUGE portions. All these options with the privilege of not growing fat or gaining excessive weight. I just happened to be maintaining an active lifestyle and I guessed during this time my metabolism rate was the one doing all the wonders.

I have been practising Taekwondo since 8 years old, started playing basketball in high school, swimming and jogging regularly in university and after graduating but the frequency dropped rapidly when I started working. However, the culprit (my weight) was slowly getting out of hand when I started my second job in Kuantan. "Fortunately", I was working in shift (12-hourly day and night cycles) for the first four years and my weight was oscillating within the range of 72-74 kg.

The "real" problem instigated early this year in March 2011 when I came out of shift and started working normal office hours (8am to 5pm). I got a rude shock when I weighed myself and the scale read > 75 kg. OMG! The peak reading during this time set a new high and an all time highest reading of 78 kg. BMI was also in the PRE-OBESE region of > 24 kg/m2. To add salt to injury, I could no longer fit into some of my old clothings and all of my pants felt TIGHT and UNCOMFORTABLE! I had to buy larger pants sized 34 inches =.="

I realized this was high time to hit the PANIC button and announced "HOUSTON, we have a problem!" I had to do something... and FAST! I made up my mind to start working out ASAP and have been exercising regularly since April 2011. Unfortunately, my exercise regimen is only limited to jogging at the park or hitting my ofice's mini-gym. There were not enough people for sports plus I did not enrol into a commercial gym as I'm afraid I cannot commit 100% to it. I am not a fitness expert neither with the intention of body-building and my goals are simple - reduce my weight to 70 kg and able to maintain it as well as improve my fitness level.

There were some slight improvements thus far with my initial weight of 75 kg dropping by 1 kg in July 2011 and further decreased to 72 kg in August 2011. Unfortunately, it seemed to increase back to where it started (Argh! 75 kg again) in September 2011 which prompted me to make some additional changes to my workout plan. Previously, I only performed cardiovascular exercise and compound workout twice a week. Subsequently, I increased the frequency to every other day with the inclusion of weight lifting. Currently, I've decided to workout everyday and alternate between "cardio+compound workout" and "weight+compound workout".

Nevertheless, there is still another problem apart from working out which is "a clean diet plan". Just as Arnold Schwarzenegger said, “Great abs are made in the kitchen, not in the gym. Therefore, you cannot out-train with a poor diet. Sigh! I has a sad :(

Will try to see if working out daily is effective or not for the moment, else when all fails - drastic situations call for drastic measures (to be thought of later =.=). Aza aza fighting for now!
Posted by ckkuan at 1:51 AM No comments:

My latest song and video obsessions.. 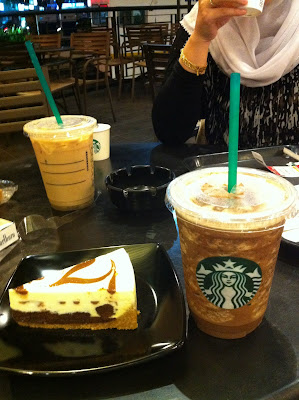 It's been so long since my last eventful update. I somehow lost the momentum as well as interest to blog mainly due to my boring daily life and routine. It is half way through the month of Ramadhan now which is the fasting month for Muslims before they celebrate Hari Raya Aidilfitri in the month of Syawal. I've always planned for my vacation after Hari Raya Aidilfitri in anticipation of working during the festive season and taking my annual leave after that. I've booked the air tickets to Jakarta/Bandung for a group of 8 people almost a year ago in Nov 2010 to be utilized next month. Unfortunately, it will only be 7 people on this trip as one of them couldn't make it due to work commitment. This will be my second visit to Jakarta as well as Bandung which I am really looking forward to. Had the transportation and accomodation arranged and all that is left is to check in and fly away for 5 solid days of pure vacation bliss. My 1st trip to Bandung was with my colleagues and it was 4 full days of shopping. Will be going with a different group this time focusing more on touristy-like activities such as travelling, exploring, sightseeing and not to forget in search of good local food. Shopping is to be kept to a minimal. How able are we to stick to this principle I wonder? Hehe girls will be girls once they are shown all the sale at the tons of factory outlets available there. Just can't wait :D 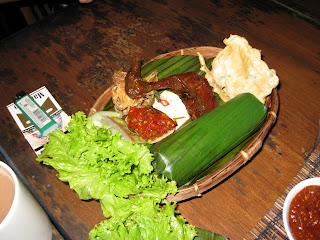 This is a little overdue since Nov 2009 (Whoa! almost 2 years already) but heck, it's better late than never! Let's recap things that I have yet to achieve in 2009 as below and see if there's any improvement at all after 21 months..

What have I not done/achieve?
- Learn a foreign language *NOT DONE* (wonder when will it starts?)
- Grow my capital for investment *DONE* (in progress)
- Working out/exercise regularly *DONE* (sustaining)
- Lower down my cholesterol level *DONE* (sustaining)
- Completely equip my house with furniture and appliances *DONE* (quite complete for a bachelor)
- Throw a house warming party *NOT DONE* (to be planned)
- Continue Taekwondo practice *NOT DONE* (wonder when will it starts?)
- Attend friends' weddings *DONE* (almost all close ones)
- Acquiring class B licence *NOT DONE* (scrapped)
- Own a superbike *NOT DONE* (scrapped as above)
- Bring mum for a holiday overseas *NOT DONE* (in plan - to be completed in Jan 2012)
- Career development *NOT DONE* (partially as I have only mobilized to another department)
- Upgrade myself with more skills *NOT DONE* (not sure what have I learnt - being positive?)
- Go to a concert *NOT DONE*
- Dye my hair blonde *NOT DONE* (partially as the colour was copper rather than blonde)
- Reunion with coursemates *DONE* (majority but not all)
- Getting drunk *NOT DONE* (almost there but managed to drive myself home so go figure)

In summary, 6 "DONE"s and 11 "NOT DONE"s which is only ~35% accomplishment rate. Two words - UTTER FAILURE! *slaps ownself and bangs head against the wall*
Posted by ckkuan at 10:46 PM No comments:

Watched Uruguay vs South Korea last night (this is only the 2nd game that I watched completely since World Cup started) with the result 2-1. I so wanted South Korea to win although I don't support any team in particular simply because they were playing such world class football for a team coming from Asia. Wonder when our beloved country would reach that level? We can only shout Malaysia Boleh! and Bolehland might even be bankrupt before we can even qualify. No?

Went to bed straight after the match as I was determined to go jogging to shed off some of the kilos I had put on during the past weeks. The alarm rang at 7:00 am and I was too groggy and slept back again after shutting off the alarm. Woke up again around 8:40 am and still determined to go jogging although the sun is already high up. Didn't want to get another sunburn again after the incident at Genting. I thought to myself the place should be still in the shades with all the trees around and headed straight to Taman Gelora.

The carpark was quite full since the Malaysian National Paintball League was going on but I was not bothered to even go have a look. Managed to jog 2 rounds without stopping and feeling slightly short of breath - must be due to my slacking for the past few weeks. Continued another round while utilising the tools available to perform some sit-ups and stretching. Drove home and cooked porridge for lunch. Feeling a little healthier already or at the very least I feel that way - it's the thought that counts. Hehe resting and taking a nap soon and going to wash my car later. What a peaceful Sunday :D
Posted by ckkuan at 1:45 PM No comments:

Woke up late this morning, failed to go jogging, went to renew my insurance and roadtax, then had my hair cut and went for facial. Now my face is silky smooth. LOL!
Posted by ckkuan at 10:38 PM No comments:

ckkuan
Hi :-) I'm just a simple, ordinary guy who is living a monotonous life and eager to adventure new things in life. My spare time is filled with playing DOTA, watching Naruto/Bleach, surfing the internet and basically sitting in front of my laptop. Occasionally, I would get fired up to clean and tidy up my house but the place is still marginally neat when I'm lazy. I need everything to be organized. All the time. Afterall, I'm a Virgo ;-) I love to eat. All kinds of food. I think I can eat a cow. Seriously, no. I'm an analyzer but I don't like making decisions when I don't have to. I can't concentrate on the conversation if I'm multitasking. In love and life, I've learnt to let go and be positive. Negativity limits, constrains and tears down while being positive builds, repairs and protects. In the end, positivity paves the way for growth, and growth breeds success.